Dr Edwards Ortho is committed to facilitating the accessibility and usability of its website, https://www.dredwardsortho.com/, for everyone. Dr Edwards Ortho aims to comply with all applicable standards, including the World Wide Web Consortium's Web Content Accessibility Guidelines 2.0 up to Level AA (WCAG 2.0 AA). Dr Edwards Ortho is proud of the efforts that we have completed and that are in-progress to ensure that our website is accessible to everyone.

If you experience any difficulty in accessing any part of this website, please feel free to call us at (803) 531-1799 or email us at info@dredwardsortho.com and we will work with you to provide the information or service you seek through an alternate communication method that is accessible for you consistent with applicable law (for example, through telephone support). 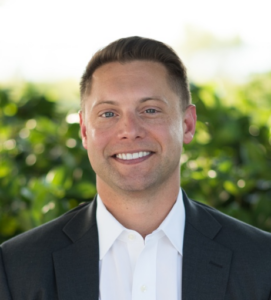 Dr. Justin Garrett is a second-generation orthodontist from Virginia who has practiced in the Charleston area for 10 years.

Dr. Garrett attended the University of Virginia for his undergraduate work where he was a history major. After moving to Charleston in 2003, he decided to pursue orthodontics and studied science classes at the College of Charleston. He then scored in the 100th percentile on the dental school admission test before attending the University of North Carolina at Chapel Hill School of Dentistry.  After graduating dental school, Dr. Garrett attended Saint Louis University, winning the Resident Case Display, which is considered the top national clinical award by the American Board of Orthodontics.

Dr. Garrett was married in 2019, and his wife Dr. Amanda Garrett is a general dentist who grew up in North Charleston.  They have two German Shepherds named Charlie and Coco and are members of Seacoast Church.   In his free time, he enjoys lifting weights, travelling, reading, spending quality time with friends and family, and trying to brew a perfect cup of coffee.

Dr. Garrett believes in providing his patients with the same level of care he would offer to his own family.

Some favorites of Dr. Garrett:

Favorite thing to do on the weekend: See live music or get invited on someone’s boat